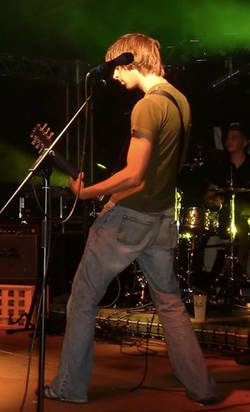 Nothing feels better than playing punk rock in front of a dancing crowd. This is what we did during live gigs with the band Funny Farm. It was founded in 1998 and was the coolest band in school.

Our sound was inspired by the most important rock albums of the 90s, such as "Siamese Dream" by the Smashing Pumpkins and "Dookie" by Green Day. I did the songwriting for most of our songs, including the 5 tracks on our last EP "Keep calm and banish depression" which appeared in 2005. It was produced by our drummer Bernhard Pricha and can be ordered here.

We played our last concert in 2006. The follow-up music project of Funny Farm singer Ingo Lechner is called "The Mighty Steel Leg Experience".